Greek club AEK Athens and three other European clubs are keen on signing Barcelona defender Oscar Mingueza this summer. This is according to the latest reports coming out of the Spanish media. The aforementioned Mingueza is not in the long-term plans of manager Xavi Hernandez at Barcelona and he could leave the club before the end of this summer’s transfer window. Catalan media outlet Mundo Deportivo reported the interest of several European teams in Mingueza. 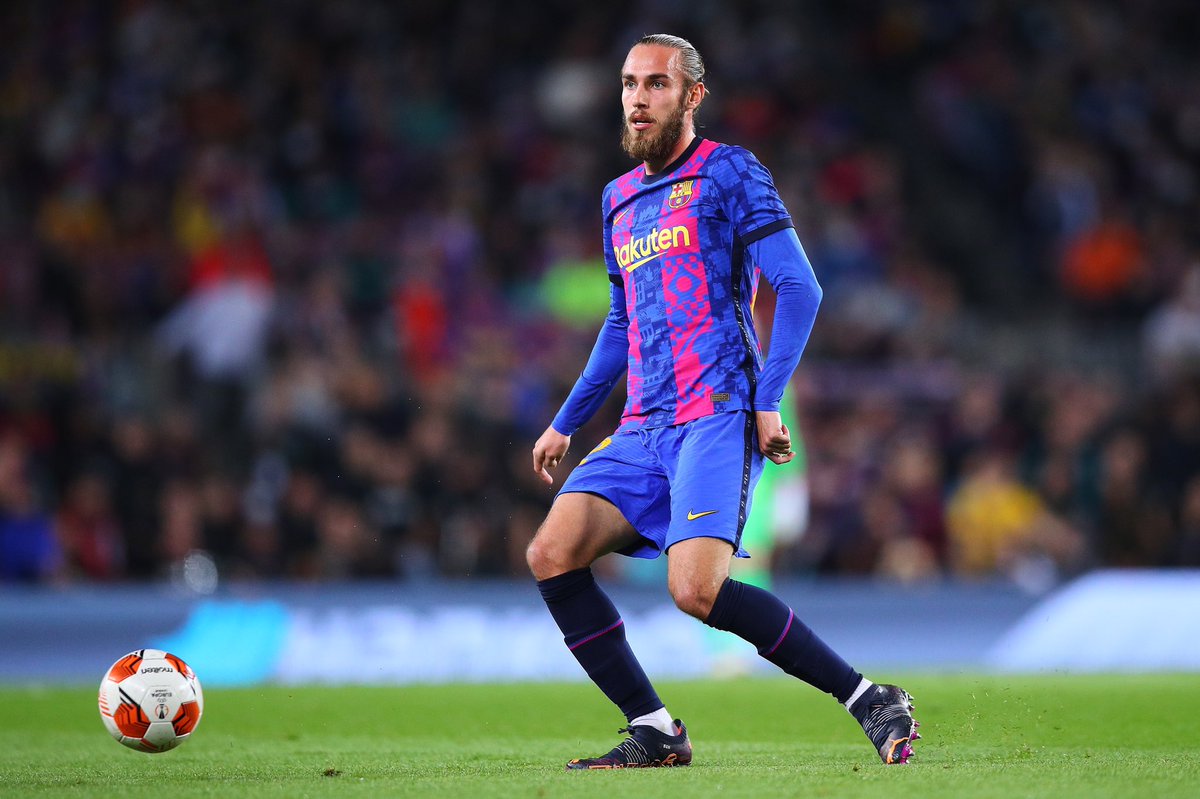 As stated earlier, AEK Athens are one of four clubs on the trail of Barcelona star Mingueza this summer. Apart from AEK Athens, Italian side Genoa, German club TSG Hoffenheim and Spanish outfit Celta Vigo are also interested in signing Mingueza.

Mingueza is a Barcelona academy graduate.The aforementioned report stated that the duo of Genoa and Hoffenheimhave taken a back seat in the race to sign Mingueza. German club Hoffenheim have already strengthen their teamwith the signing of Turkish defender OzanKabak.Hoffenheim signed Kabak from fellow German Schalke 04.

Mingueza is surplus to requirements at Barcelona with the arrival of some high-profile defenders this summer. Barcelona signed Danish defender Andreas Christensen on a free transfer this summer after his contract at Chelsea came to an end. The Catalans also recently strengthened their defence with the arrival of French player Jules Kounde. They are also in the market for the Chelsea duo of Marcus Alonso and Cesar Azpilicueta. The Spanish international defensive duo of Azpilicueta and Alonso have been  targeted by Barcelona for several weeks.