AEK Athens are back to winning ways following their victory over Panetolikos in the Greece top flight earlier this week. AEK Athens were able to bounce back from their defeat at the hands of PAOK via the 3-1 away win over Panetolikos. 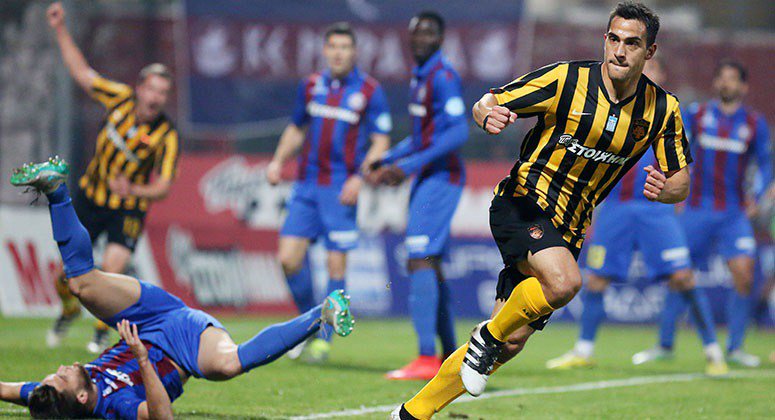 AEK were on a three-match unbeaten run in the league before they lost to hosts PAOK during their penultimate league game. Suriname footballer Diego Biseswar and Slovenian midfielder Jasmin Kurtic (penalty) were on target for PAOK who secured a 2-0 win to put an end to their opponents’ unbeaten league run. Biseswar gave the home team a first half lead before Kurtic sealed the points with a second half penalty.

Europa Conference League outfit AEK Athens recovered from the PAOK setback with an away win and they had to wait till the final ten minutes to seal the win through Swiss international midfielder Steven Zuber who’s on loan from German Bundesliga side Eintracht Frankfurt. Zuber scored the third AEK goal with seven minutes left to play to wrap up the three points for his team.

Trinndad and Tobago national team left-back Levi Garcia scored the opening goal on 13 minutes before Bosnian footballer OgnjenVranjes doubled the advantage for AEK Athens on 26 minutes. The goals from Garcia and Oranjes established a two-nil lead for the visiting team at the end of the first 45 minutes. Greek striker NeliosVergoshalved the deficit for the home team two minutes shy of the hour mark before Swiss player Zuber scored the third goal that made sure of the three points late in the game.