There was a whole lot of drama on Tuesday as it was the last day of the summer transfer window. Clubs were hurrying to complete their transfer businesses by all means and the rush was very real. Not only in the English Premier League but even in the Spanish La Liga, the French Ligue 1, the German Bundesliga, the Italian Serie A, as well as every other league in the footballing world, deals were being completed, and not only were clubs scuppering for their main transfer targets, players were also doing the most to ensure that they either find a way out of the club where they are lacking game time or probably just want to move to a better club. 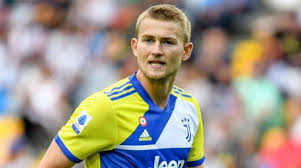 One of the players who secured a dramatic move away from their club is Brazilian attacking midfielder Willian. The former Chelsea star finally sealed an exit away from north London club Arsenal and sealed a sensational move to his native Brazil after falling out of favor with Arsenal manager Mikel Arteta.

Willian was already told that he had been deemed surplus to requirements at the Emirates Stadium and that he should start looking for a new club so he put that in mind as the transfer window remained open.

However, it was looking like he would be moving to the Greek Football League, with Olympiakos and AEK Athens said to be the two clubs he could likely choose from. But he instead opted to change his mind and move to Brazil on the last day of the transfer window.

According to transfer expert Fabrizio Romano, Willian agreed to join Corinthians Football Club in Brazil, ending his nightmare spell in London. The transfer decision by Arsenal to terminate the player’s contract is said to have saved the club a huge £20 million in wages and the Brazilian has already sealed his transfer.