Moroccan International footballer El Arabi was the star performer and stole the show as Olympiakos emerged 3-0 winners over their bitter rivals in what was a heated and thrilling contest. 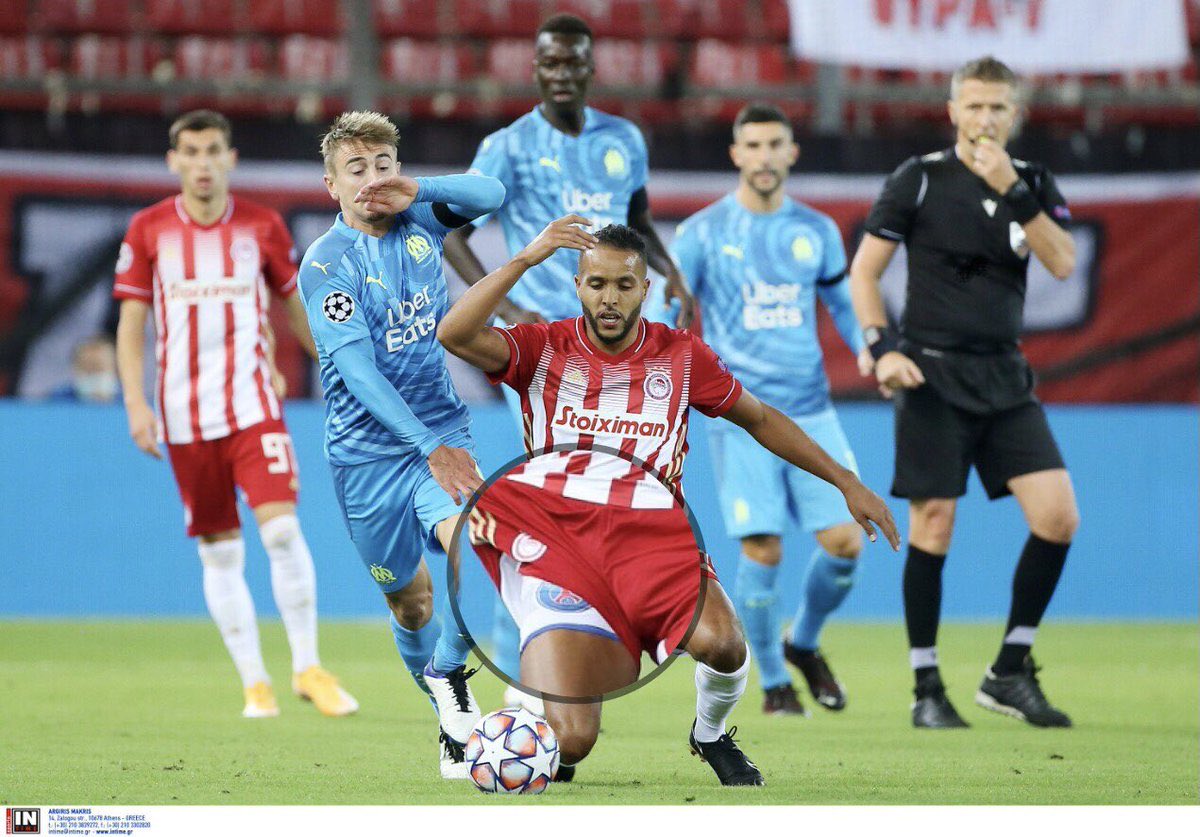 North African forward El Arabi initially missed a glorious chance to put his side in front after just ten minutes into the match but eventually redeemed himself later on as he found the back of the net on two occasions. His first goal was a sublime one as he picked up a wonderful pass from French teammate Yann M’Villa to strike a header past opposition goalkeeper Panagiotis Tsintotas.

AEK Athens star Petros Mantalos came so close to bring parity between both teams but he saw his effort aborted by goalkeeper Jose Sa. The rest of the first half was continued to be dominated by Olympiakos but they could not further extend the lead and suddenly became a shadow of the side they were within the first fifteen minutes.

In the opening 6 minutes of the second half, AEK looked like they were revived and started a very dangerous counter-attack which they failed to take advantage of as striker Andre Simoes was denied by Sa once again.

Some moments later, Olympiakos issued a reminder to their rivals how much of a serious title contenders they are this season. El Arabi was ruthless and capitalised on the error the AEK goalkeeper to make the scoreline 2-0. It was the in-form striker’s 13th goal of the campaign which comes after just 12 games in the Super League.

Matthiew Valbuena came off the bench to round off the scoring and take the game further away from AEK’s reach as he scored a last-minute penalty. The comprehensive result saw Olympiakos reach 35 points after 13 league games so far this season and are ahead of Aris who are second on 29 points.