David Luiz’s exit from Arsenal may have just been confirmed after the London club reviews the shirt number of their latest signing, Ben White. The Gunners have confirmed and announced that they have completed the signing of the England international defender from fellow Premier League club Brighton and Hove Albion following his participation with the England national team at the Euros this summer. White was attracting a lot of interest from some clubs but Arsenal were the most interested side and they also were the only side that tabled an official offer for the player a few days ago. 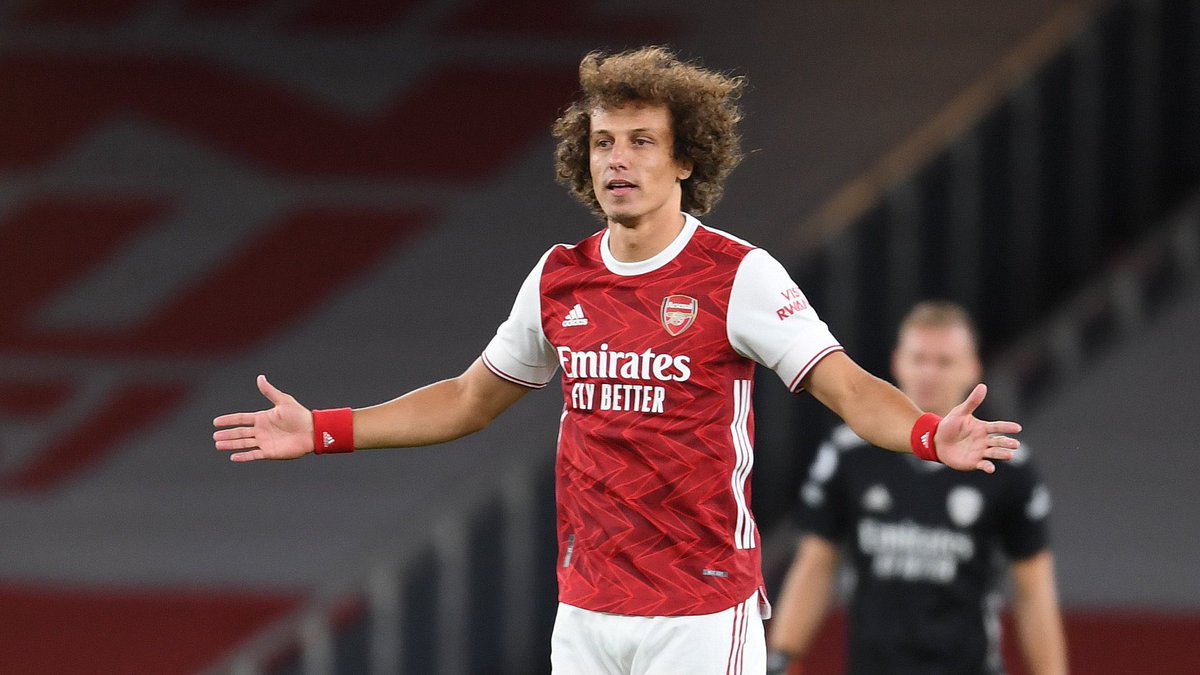 Both Arsenal and Brighton have since confirmed that they reached an agreement for the transfer that is worth up to £50 million, even though a lot of people have claimed that he is not worth up to that amount. At his unveiling, after signing his contract, White was seen holding an Arsenal shirt that had the number 4 on the back. That’s the number Luiz wore at the club last season and handing it over to White surely means that the club have already decided to let go of the Brazilian defender.

The former Chelsea man has also reportedly revealed that it would interest him to seam a return to Stamford Bridge after admitting that he still regrets that he left the Blues a couple of months ago. For some weeks now, Luiz has constantly been linked with a move to Greece, with Greek club AEK Athens said to be the front-runners to acquire his signature. However, those talks have halted for now and the player is said to be waiting to see if Chelsea would make an offer to seal his return to the club before deciding on his future.

Arsenal manager Mikel Arteta already knows Luiz’s time at the club is over and has told him to look for another club this summer.