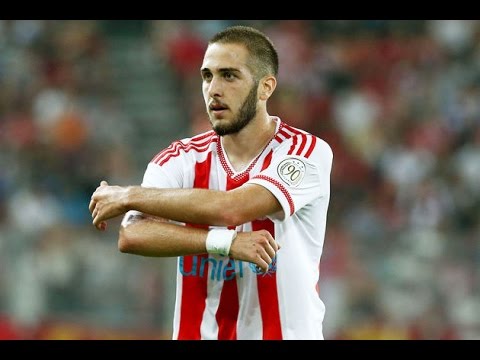 The deal with will remain valid till the year 2020 successfully shut all speculations over the future of the Greek midfielder when he signed on Friday.

Fortounis, 23, netted 25 goals in 53 games for the club, playing in attacking midfield position. His performance attracted interests from lots of clubs in England with Arsenal and Tottenham Hotspur reportedly tracking him on the back of the best season of his career. On signing the contract Fortounis said:

“I would like to thank the president, I’m delighted that I’ll continue my career here and I’ll give everything to make sure we are always champions and win trophies.”

Fortounis scored twice in 19 games for his country and picked up the Super League’s top scorer with 18 goals this past season. He broke the record when he became only the third player in his club’s history to record double-digit figures for goals and assists in one season. The Greece international was also largely responsible for 43rd league crown victory of the club. This made the club add a high release clause in the new deal to keep him tied with the Erythrolefki. The new deal is offering him roughly €1 million a year, doubling his previous agreement of €400,000. The new release clause is now €20 – €25 million is he decides to leave before 2020.

Aside Fortounis, Olympiakos have also agreed a contract extension Andreas Bouchalakis and Chori Dominguez at the club. Olympiacos decided to activate the expansion clause in Chori Dominguez’s current contract and the Argentinean playmaker will remain till 2017 while Bouchalakis will stay till 2020. There were a lot of speculations that Olympiakos will not move forward with the deal with Dominguez but the club eventually added a year.