AEK Athens have now won their last three games in all competitions following the 1-0 home win over Panathinaikos at the weekend. AEK Athens have been able to bounce back from the league defeat at the hands of title rivals Olympiacos by winning the three games since then. 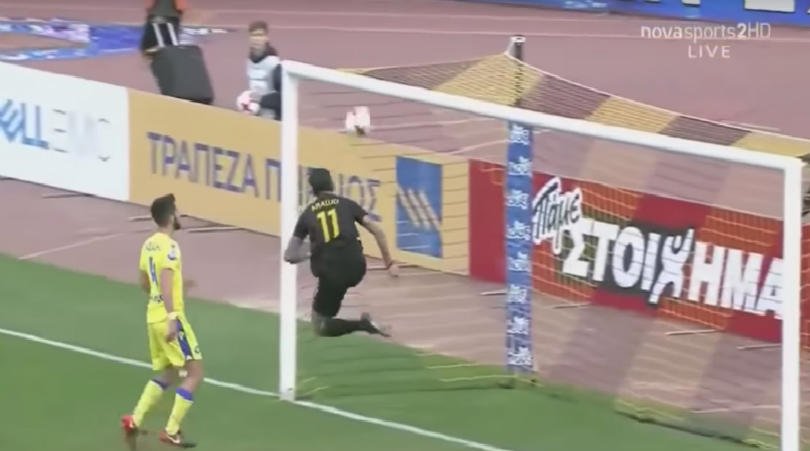 Greek champions Olympiacos were able to take a big step towards retaining their league title with the win over rivals AEK Athens last month. Olympiacos got the better of AEK Athens in a five-goal thriller thereby opening a six-point lead over their opponents at the top of the Greek Super League table and the points difference has been maintainedtill date.

AEK Athens had the chance to move level with Olympiacos at the summit when the two teams met two weeks ago. In the end, they moved further away from their rivalsafter they finished on the wrong side of a five-goal thriller against the away team. AguibouCamara and Yousef El-Arabi (a brace) scored for the visitors, while Sergio Araujo was the recipient of the two AEK Athens goals.

In their first game after the defeat to Olympiacos, AEK Athens secured a 2-1 away win over Giannina. NordinAmrabat scored one of the two goals as AEK Athens came from behind to win the game.

AEK Athens made it two successive wins in all competitions with the emphatic victory over Kifisia in the round of 16 when it comes to the Greek Cup. AEK Athens booked their place in the Greek Cup quarterfinals thanks to the 4-0 home win over their last 16 opponents on the first day of this month.

In their last game, AEK Athens got the better of Panathinaikos to make it three victories in all competitions. Polish midfielder Damian Szymanski scored the only goal of the game on the way to a 1-0 win over the visitors.